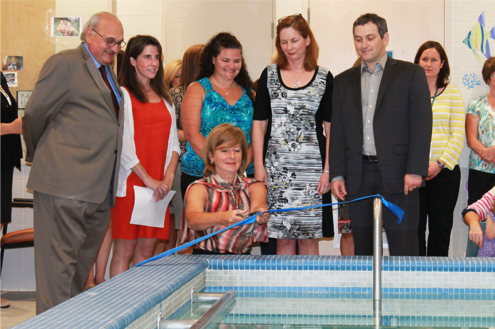 On Tuesday, July 15, 2014, the Pennies for Pediatrics campaign finally came to fruition with the opening of the Snoezelen Pool at HSN’s Children’s Treatment Centre. Launched in May 2012, this HSNVA campaign received a lot of support from various community groups and businesses, HSN staff and visitors to the hospital! The generosity was such that upgrades to the change rooms could be added to the scope of the project. A plaque in honour of Sally Spence, the former clinical manager of the Children’s Treatment Centre and a strong advocate of the Snoezelen pool was placed in the pool area. Thank you to all those who supported us throughout the campaign!

Open Maps Widget for Google Maps settings to configure the Google Maps API key. The map can't work without it. This is a Google's rule that all sites must follow.